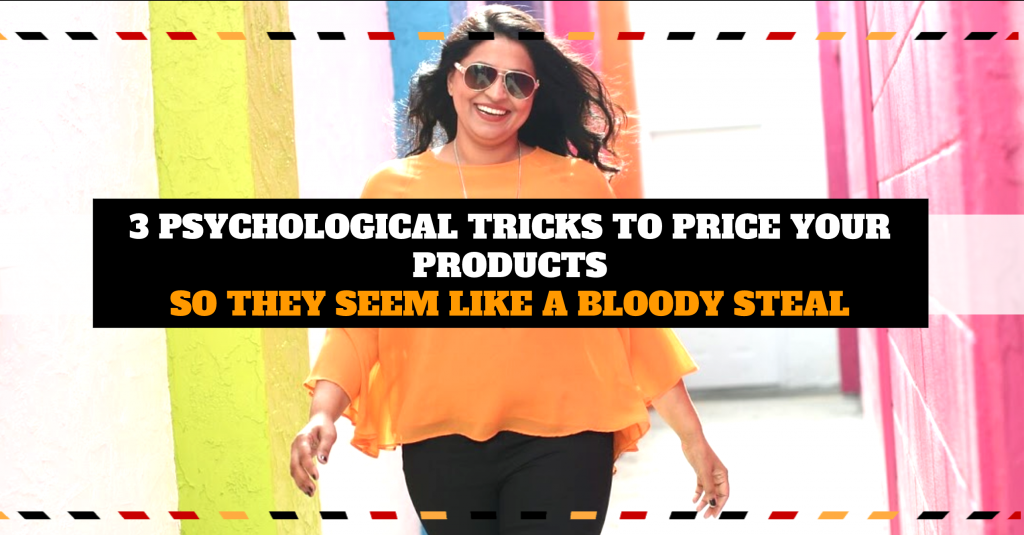 Have you ever visited a website or a store front for the first time, took one look at their services or products page and just couldn't stop yourself from shelling out pretty cash? The products arent anything out of ordinary, the price isn’t that great either but the goods…..well they just seem Oh-So- Irresistible. That’s some smart psychological pricing at work.

I am here to share with you 3 of the best psychological tricks that you can use for your own products. These tricks work on two levels; they make the potential buyer feel that the price is an absolute steal AND they make the products just seem like a better option compared to similar items in your store or elsewhere.

Priming is the process of exposing a person to subtle cues or context that can affect their behavior. Human beings are influenced way too much by what they see, read and go through and this influence impacts all aspects of their lives including their buying decisions.

The way it works in pricing is to rearrange your products in such a way that the most expensive offering appears first. This is similar to the concept of restaurants using an anchor dish in the menu, which is only meant to prime the buyer’s mind into expecting more large ticket items on the menu. When the rest of the items are lower (ideally much lower) than the primer, they seem like a better choice and therefore prompt buyers into looking at it as an irresistible offer.

Just be careful that your primer isn’t a complete doozy when compared to similar products elsewhere (read: don’t use instant oatmeal as a primer and price it as Swiss muesli harvested by Italian virgins) Remember People will always make comparisons, either against the alternatives you show them or with some external benchmark.

This is a simple and profound hook that Dan Ariely in his awesome book Predictably Irrational talks about.

The idea is to offer three versions of the almost same product. One version in the Ugly Betty (cheap and barely functional) which no one wants or likes (side note: I completely LOVE America Ferrera but I digress). The remaining two options are set in such a way that one is purposely priced to be nauseatingly expensive so that the last option (and the one you REALLY want to sell) is the one that would be the natural choice for any rational human being.

The comparison is actually only between your version and the uber-expensive version, Ugly Betty is just a decoy which is meant to make your version seem like a steal and gives the buyer a feeling that he is making rational, well thought-out decision.

3. The Art of Discount and the Idiot Effect

Conventional logic tells us that things on discount are easier to sell. Haven’t you ever abandoned all logic, self-control and dignity when confronted with a sale sign? So it would make sense that any type of discount would make products irresistible. Right? Wrong!

A team of researchers, led by Akshay Rao of the University of Minnesota’s Carlson School of Management, looked at consumers’ attitudes to discounting and they found that people prefer getting something extra to getting something cheaper. The main reason is that most people are useless at fractions and mathematics and possibly life. So even though “Buy one get one free” or “50% off a bundle of items?” seem like the same thing to you, to most people, former is a better option.

And there you have it, 3 tricks to keep in mind when pricing your products so they seem irresistible. To sum up:

1. Employ the power of priming by using an overpriced (by your standards) item as an anchor or rearrange the products to have the more expensive ones appear first.

2. Apply the Ugly Betty effect by using a cheaper, unattractive but similar option next to the one you want to sell.

3. When offering discounts, try offering an add-on instead of a percentage off. Let your buyers save their precious grey matter for punching in the credit card information instead of doing fractions and percentages.

Want to know more creative, scientifically proven ways of getting inside other people’s heads so that they do your bidding? See Below 🙂 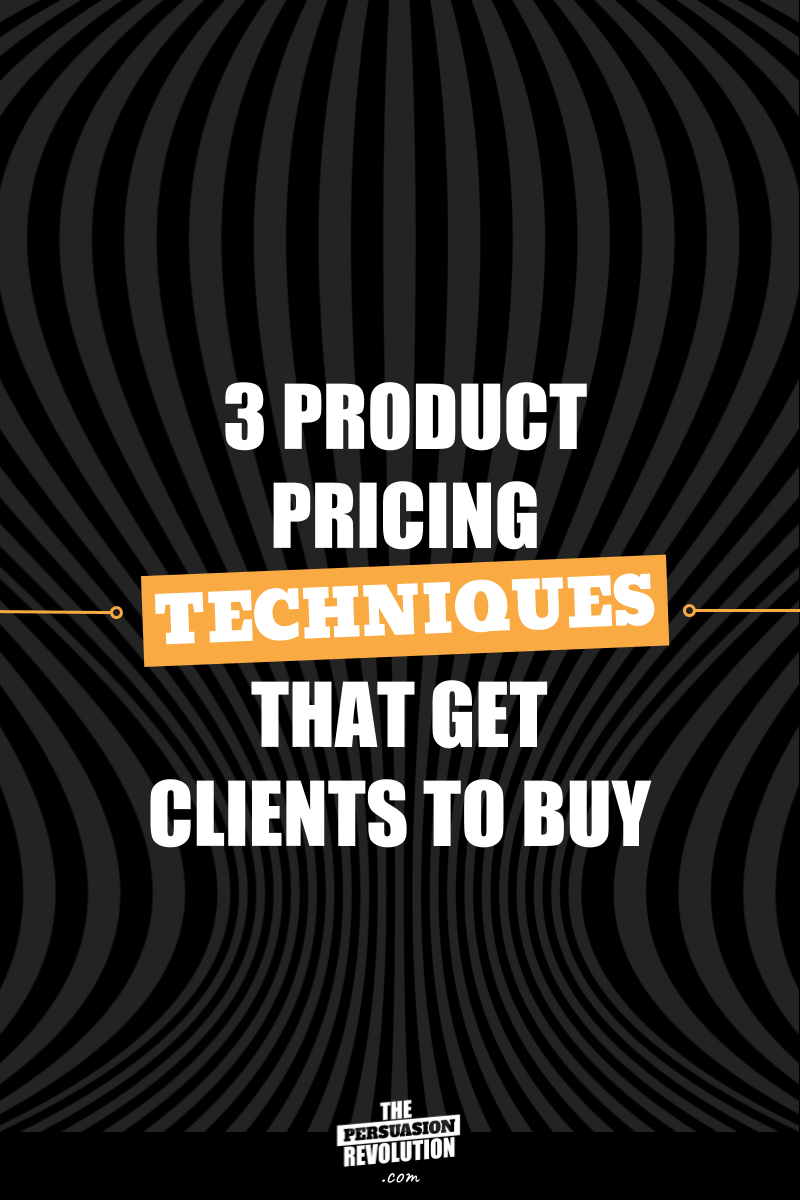 ← Looking to Gain instant influence? Play Some FootsieDo you make these common mistakes when faced with the statement “You are too expensive”? →